Getting Pulled Over In An Automatous Car 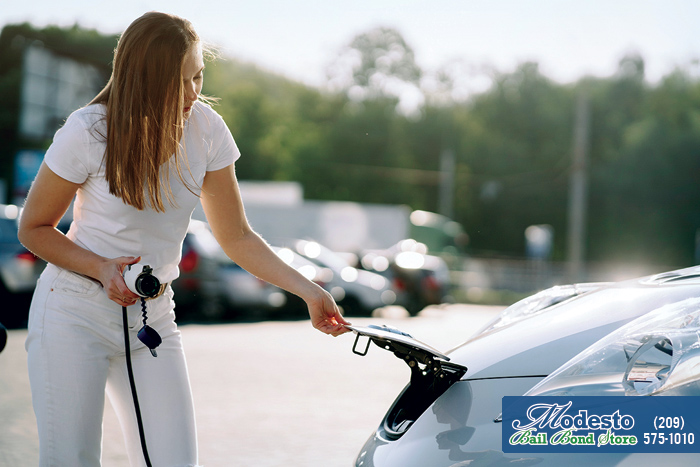 22 Mar Getting Pulled Over In An Automatous Car

We’re getting closer to finally having fully automated cars that are capable of handling our daily commute without much input from us. While the idea is exciting, many are already asking some interesting questions. One such question is what happens if the police pull you over while you’re in an automatous car?

Theoretically, if you’re pulled over for a moving violation while you’re letting an automatous car handle the commute, you shouldn’t be responsible. Right?

Law enforcement agencies are already aware that they could have problems once automatous cars hit the streets. They also know that it’s likely that the issue will come up sooner rather than later which is why they’ve already started discussing the potential issues surrounding these smart vehicles and how to deal with moving violations and accidents.

The issue has brought some of the finest minds together. Members of the state and the federal government have met with bright law enforcement agents, scientists, and automotive manufactures. During their meetings, they’ve discussed issues like what will happen if the smart vehicle’s computer system is hacked, who is responsible when accidents happen, and how to handle ticketing drivers who are responsible for automaton vehicles.

If the technology is approved and you are lucky enough to own a vehicle that’s capable of handling our commute, it’s likely that the vehicle’s capabilities will play a role in whether or not you’re ticketed. If you shut off specific safety features, programmed the car to speed, or did something else that resulted in your violating a moving violation, you’ll likely receive a ticket.

No one really knows what will happen if a programmed car is pulled over for a moving violation that is determined to be the fault of the computer rather than the human driver.

What To Do If You Are Pulled Over

There’s nothing fun about getting pulled over. It doesn’t matter if you’ve done something serious, like running a red light and causing an accident or it’s a minor deal, like the police pulling you over to alert you to a burned-out taillight. The moment you see the lights flashing in your rear view mirror, you start worrying about what you’ve done wrong and how serious the consequences will be.

What You Shouldn’t Do When You’re Pulled Over

The instinct to step on the gas and go into evasive driving mode as soon as you see the red and blue lights flashing in your rear view mirror is perfectly natural. It’s an instinct you need to squash. Even if you’re lucky enough to evade the car that’s currently trying to pull you over, the officers will radio for help and someone will find you.

The only thing trying to run will accomplish is making the situation worse. In addition to whatever you were originally being pulled over for, you’ll also face leading a police chase and possibly resisting arrest charges.

Getting aggressive with the police officer who pulled you over won’t do you any good. It creates a tense situation. Not only does getting aggressive with the police officer increase the chances that they’ll issue a ticket rather than simply give a verbal warning, but it’s also likely they’ll get so irritated by your behavior that they find a valid reason to arrest you.

What You Should Do When You’re Pulled Over

When you see the red and blue lights flashing in your rear view mirror, you should start looking for a safe place where you can pull over. The place you choose should be wide enough for your car, well lit, and if possible, dry. Make sure you pull your car well off the road.

Get your license, proof of insurance, and registration out while the officer walks to your car. By the time they reach your window, you should have everything you need and your hands should be visible. Make sure you keep your hands visible at all times.

You don’t have to be cheerful, but you should at least strive to be polite. Answer all of the officer’s questions honestly and in an even tone. The calmer you are, the calmer they’ll be. While staying cool, calm, and collected might not be easy, maintaining your composure increases the likelihood of you getting off with a warning rather than a ticket.

While you’re allowed to accept the ticket with good grace, you shouldn’t admit to doing anything wrong. As long as you don’t agree that you screwed up, you can always choose to fight the ticket and have it dropped from your driving record.

If you’re ticketed, make sure you pay the fine right away. Delaying payment means the California DMV could choose to suspend your driver’s license.