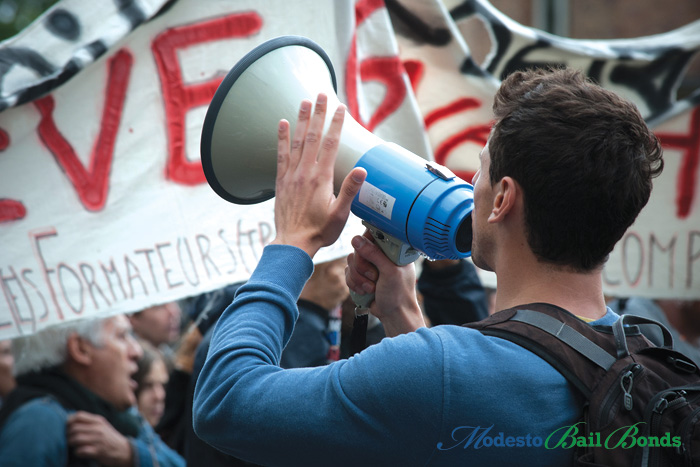 24 Jan How The Press Will Handle California Protests In 2022

One of the concerns many people have recently voiced is that there have been instances of the police making it difficult for members of the press to cover protests. The issue has been hotly debated in California, a debate that led to the creation of the Senate Bill No. 98 (SB98 Bill).

The truth is that there is no ideal situation. On the other hand, it’s not really fair that press members who are simply trying to do their job have actually gotten arrested. In the words of Democratic Sen. Mike McGuire, the main purpose of the SB98 Bill is to make it illegal for the police to see press members and immediately block them from covering the protest.

In a U.S. News story, McGuire pointed out that the Bill is in line with other California policies pertaining to the press and free speech.

“There’s no doubt about it, California now has some of the toughest protections in place for journalists compared to any other state in America,” McGuire said. “We have seen a surge in egregious acts of violence and obstruction made against members of the press across the country and right here at home in the Golden State.”

It shouldn’t come as any surprise that various media organizations are in favor of the SB98 Bill. They feel it’s the appropriate response to recent reports of press members not only being blocked from covering various protests but also allegedly being arrested when they arrived at the protest.

Governor Newsom signed the bill on Oct. 9. When you read the bill, you’ll learn that it allows: “A duly authorized representative of any news service, online news service, newspaper, or radio or television station or network may enter the closed areas described in this section.”

It goes on to say that: “A peace officer or other law enforcement officer shall not intentionally assault, interfere with, or obstruct the duly authorized representative of any news service, online news service, newspaper, or radio or television station or network who is gathering, receiving, or processing information for communication to the public.”

It will be interesting to see how members of the press will prove that they are at a protest as part of their job and that they aren’t just a random person who is claiming to be a press member simply so they’re granted instant access to a protest.