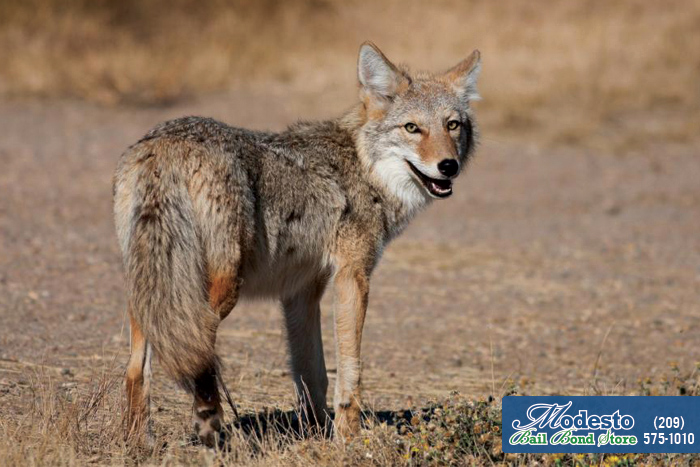 California is a very big state. The state is home to nearly 40 million people. Living alongside all of us people, are millions of animals as well. As our cities expand, they encroach on wildlife and their territory. This pushes many animals to begin looking for food amongst human settlements.

When it comes to animals such as pigeons, rats, and crows, things might get annoying, but rarely dangerous. However, that is not the case for predatory animals such as coyotes and mountain lions. These animals hunt for a living, and will turn to hunting livestock, family pets, and even small children in times of desperation. As such, people need to be aware of these animals, and what they are legally allowed to do in order to protect themselves and their property.

Coyotes are pretty well known, thanks to a certain looney cartoon, and they are relatively common creatures in the American Southwest. The more deserted climate of Southern California sees a lot of coyotes, but that doesn’t mean they aren’t present anywhere else in the state.

For the most part, Coyotes prefer to avoid humans. However, some can become bolder over time, or due to desperation brought on by a lack of food or water. When this happens, these creatures will begin to wander further into human territory with less fear of the people they see, which can cause problems.

In an effort to make sure that coyotes remain wary of people, experts recommend doing the following:

Doing all of this discourages coyotes from entering a human area, and keeps them from growing too bold. However, these things will not work in instances where a coyote has grown used to humans. When that happens, more drastic steps need to be taken.

Officials will only step in to deal with a coyote when a person is injured. They don’t care if a pet or other animal was killed by a bold coyote. This means a person will either have to hire a professional pest control specialist to deal with the critter, which can cost a few thousand dollars, or they can deal with it themselves.

California state law has very few restrictions about dealing with nuisance coyotes. Basically, homeowners are allowed to kill and hunt nuisance coyotes, provided they follow any local ordinances. For instance, a person is technically allowed to shoot a coyote with a gun, but not if their city has laws against firearms being shot within city limits.

Just like coyotes, mountain lions can become a problem for farmers and pet owners alike. These big cats also prefer to avoid humans, but in times of hardship, such as drought or famine, they can wander further into human territory. Studies have shown that these creatures prefer a more solitary life, but can often live amongst humans without ever being noticed.

Unlike coyotes, mountain lions are a specially protected species here in California. This means that person cannot hunt, kill, or even injure a mountain lion. The only times a mountain lion can be hunted is when:

Basically, if a person is having trouble with a mountain lion, they cannot legally deal with it themselves. They should report it to the proper authorities.

California is a big and heavily populated state. However, that does not mean that the state is tame by any means. There are still large stretches of uninhabited areas that border up against cities and towns. In these areas, there is always a chance of some predators like coyotes and mountain lions coming into town.

Homeowners with livestock, pets, or children, will naturally want to defend themselves and their property from these predators. When it comes to coyotes, a person can do whatever they need to, provided they don’t break any local laws. When it comes to mountain lions, things become more complicated and it is best to seek professional help.

What do you think about coyotes, mountain lions, and how state laws let people deal with the predators?

Should the state be stricter with coyote control? Should mountain lions be specially protected species? Let us know what you think in the comments down below.