Most Common Reasons People Are Arrested During The Holiday Season 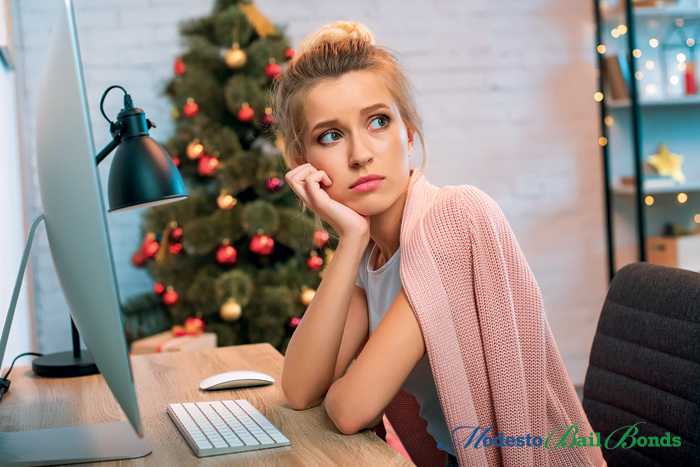 The holidays are here. For most of us, that means spending time with friends and family members we love. This is a time when we make good memories and spread love.

Unfortunately, not all of us will enjoy the holiday season. Some studies indicate that crime rates increase during the holiday season. There are a few different reasons for the surge of crime. First, people have time off work which gives them more time to get into trouble. Second, many people who don’t usually overindulge will often misjudge how much alcohol they’ve consumed. The increased alcohol content lowers inhibitions and results in them doing things they’d never have considered if they were sober. The third reason crime rates increase during the holiday season is because money is often tight.

Police have noticed that there are certain crimes that surge more than others during the holidays.

Drunk driving offenses are always a problem during the holidays. People get together and want to have a good time which often involves alcohol. The problem is that many don’t plan to spend the night where they are drinking and fail to have a designated driver ready, so they slide behind the wheel and ultimately get caught driving while intoxicated.

The best way to make sure you aren’t charged with a DUI this holiday season is to only drink while you’re home, always having a designated driver ready or arranging to take a cab or Uber home. If you aren’t sure you’ll be able to get yourself home safely, stay away from the alcohol. Staying sober might not seem like fun, but it beats spending a night in jail and dealing with the fallout of a drunk driving arrest.

Retailers report that shoplifting increases during the holiday season. This is likely due to the fact that some people find themselves short of money and unable to purchase gifts for their families. If you’re contemplating stealing a gift this holiday season, please reconsider. Store managers are going to be on the lookout for sticky fingers and with more stores installing elaborate video surveillance systems, the odds of you getting away with the theft are small. Instead of trying to steal a gift, consider making a homemade present.

Domestic violence arrests also increase during the holiday season. There are likely a few different reasons for this. First, stress over finances and strained family relationships can push some people over the edge. Second, people are often home rather than working and the increased contact can result in some pushed buttons. Third, having family and friends around can encourage the victim to report the violent acts which they may not have felt they could do in the past.

Recognizing that emotions run high during the holidays, it’s in your best interest to recognize when your temper is getting short and remove yourself from the situation before you react with violence. It’s better to take a walk or go for a long drive than to get arrested for domestic violence during the holidays.