TV Does Not Show You Bail Bonds Right 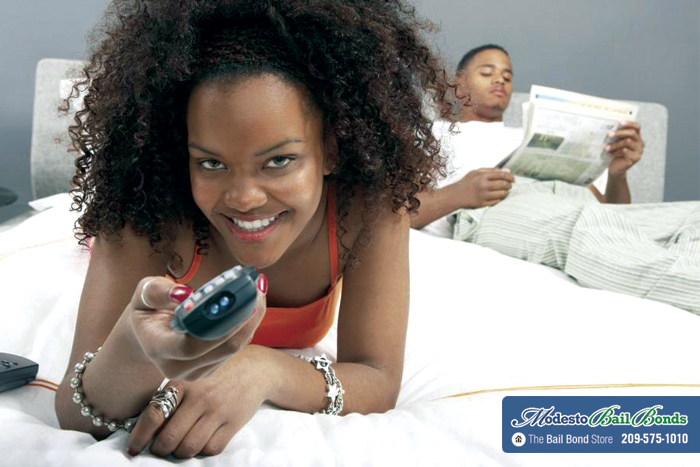 13 Sep TV Does Not Show You Bail Bonds Right

It is no surprise that bail and bail bonds are not accurately presented on television. What you see on TV is an extremely condensed version of what happens in real life, and in fact, you most likely will not even see the bail bond aspect on television at all, so maybe you do not even know that bail bonds exist.

What is the difference between bail and bail bonds?

Bail: The amount of money the defendant, or somebody on his or her behalf, owes to the court in order for the defendant to be released from jail pre-trial. The amount of bail is determined by the judge, who weighs a bail schedule that outlines bail numbers by crime, against the defendant’s history, relationship with community members, and more. The full bail amount would need to be paid to court before the defendant can be released.

Bail Bonds: Are an alternative method to bailing out of jail. A bail bond company is involved, and only 10% of the full bail amount is paid to the company as a fee for their services, over an extended period of time after the defendant is released from jail.

In both situations, the defendant would need to show up for all of his or her court dates. For the first option, the bail money is refundable at the end of trial if all went smoothly. For bail bonds, the 10% is not refundable, but given the flexibility of the bail bond process, most people go that route and forfeit 10%, rather than go the cash bail route and risk a lot of money at once.

To learn more about bail bonds, please contact Manteca Bail Bond Store online or at 209-575-1010. Our knowledgeable and friendly bail agents can answer all your bail-related questions. Consultation is always FREE, so you have nothing to lose by calling. When you speak one of our bail agents, ask about our no down payment bail bonds. Manteca Bail Bond Store is open 24/7 and we can help you with bail anywhere in California. Call us today!

For a FREE consultation with a knowledgeable and friendly bail agent from Manteca Bail Bond Store, call 209-575-1010 or Chat With Us now.