What’s The Difference Between Burglary And Robbery 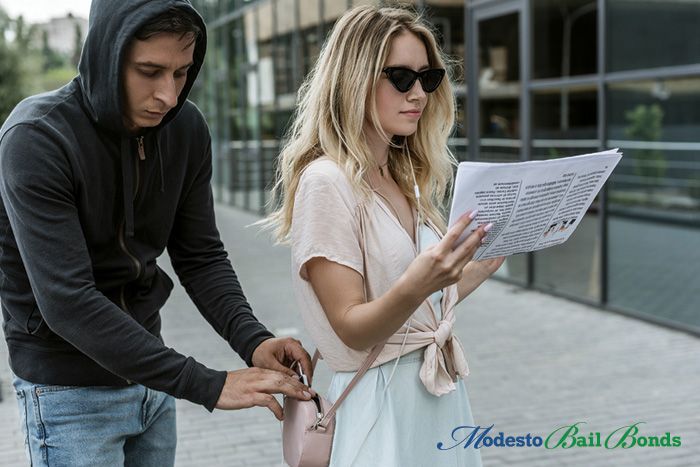 01 Nov What’s The Difference Between Burglary And Robbery

If you think that burglary and robbery are the same thing, you’re not alone. Most of us have the same assumption, but when it comes to the law, they are two different types of crimes.

One of the biggest distinctions between the two is that burglary is treated as a property crime while robbery is recorded as a violent crime committed against a person. Based purely on that description, you can probably guess which is treated as the more serious crime.

One of the interesting things about the burglary is that all you have to do is enter a property without the owner’s permission to be charged and you do so with the intention of taking something. It doesn’t matter if you’ve taken anything. Simply being there is enough. You will also likely be charged with trespassing at the same time.

The FBI defines robbery as the act of, “taking or attempting to take anything of value from the care, custody or control of a person or persons by force or threat of force or violence and/or by putting the victim in fear.”

So if you simply enter someone’s property with the idea of stealing their new grill, but you don’t act in a threatening manner, you’ll be charged with burglary. If you go onto the same property for the same grill and threaten the owner until they give you the grill, you’ve committed a robbery.

Robberies have a much higher clearance rate. There are two reasons for this. The first is that by making threats, you made your intentions of taking something very clear. When dealing with a suspected burglary, police sometimes have a difficult time proving intent, and without intent, there’s no burglary charge, merely trespassing.

The second reason that robberies have a much higher clearance rate is that police are able to allocate more funds to robbery investigations. Better funding means a more thorough investigation.

If you’re convicted of first-degree robbery in California, the judge could sentence you to 9 years in a state prison. You could also be ordered to pay a $10,000 fine and possibly restitution. A second-degree robber conviction can result in a 5-year prison sentence and a $10,000 fine.